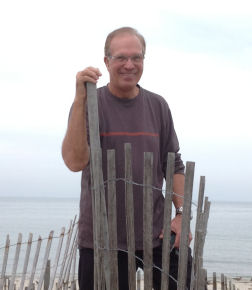 Bobby started racing in 1960, driving a Corvette. After 20 years of racing in Can Am, Formula 5000, Formula Atlantic, GT racing and SCCA National’s, he took a 10 year hiatus from actual racing, from 1980 to 1990. During the 20 years of active racing, Bobby was fortunate enough to have raced all over the USA, Canada, England, Puerto Rico, Colombia, New Zealand and Japan. The last race in 1980 was the Road Atlanta Can Am event in October 1980, finishing in 5th position.

In 1990 he started racing SCCA Nationals with a Ralt RT4. This car was replaced with a Swift DB4 Atlantic car. By 1993 Bobby started racing in SVRA and HSR vintage racing with a Lola T332 F5000 car. At this same time came a Chevron B27 Formula 2 which he had much success with.

Having the pleasure of driving for both David Kopt and Mike Amalfitano was a plus in vintage racing, Kopt, supplying a McLaren Can Am car as well as a beautiful B16 Chevron Coupe. With Amalfitano he drove Mike’s B19 Chevron as well as testing and setting up Mike’s F1 Williams.

After the Lola came a 1994 Reynard F3000 car, he had many successful years driving his March 79 Formula 2 car as well as his familiar Pepsi RT 4 Ralt F2 car in SVRA and HSR. Along the way he also shared a beautiful AMS 2 liter sports car with Tom Sedivy.

Having won the Monoposto Gilles Villeneuve overall championship four times with the Lola 5000 car and March 79B, Bobby has enjoyed vintage racing very much. There were some overall group wins as well, driving mostly with SVRA.

Today, driving his familiar #79 Brabham BT35 Formula B brings back memories of his driving another era. In addition to the Brabham, Bobby drives with Brian Pickering in a Carbir sports car, driving enduro’s. Together, Bobby and Brian are good friends and make a good pairing as both are meticulous with car preparation and driving.

The question has come up many times, “when will you stop driving?”

Starting in 1960 is a long time ago for sure. It’s a hard question to answer. He says, “I will know that when the time comes.”