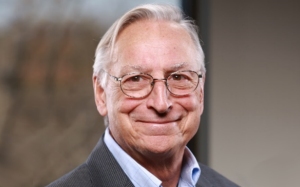 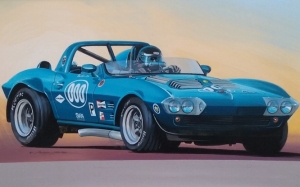 – As a native New Yorker, I’ve lived there most of my life, except for the years of my Army career.
– After graduating college I was commissioned as a lieutenant in the combat engineers.
– Airborne and Ranger training won me an all-expenses paid vacation to the Far East assigned to Special Forces/Special Ops (Don’t ask).
– Resigned my commission in 1968, and was drafted by IBM. I signed up for a wonderful 25 year stint. Management consulting was next for 15 years, as a road warrior, until I retired a second time.
– Began racing at Bridgehampton Raceway driving a historic 1962 Corvette owned by my good friend, Jan Hyde. The car was the #69, 1964 SCCA BP National Champion driven by the then owner Frank “Fiberglass” Dominiani. In 1995 had the privilege of driving that car in the Monterey Historics at Laguna Seca. ESPN did a special segment on me and, more importantly, the race car.
– In 1992 built my current race car, 1963 Corvette Grand Sport (replica) and began racing with SVRA thanks to Peter McLoughlin who endorsed me for membership with “the powers that be”.
-Let’s skip the many failures and focus on my SVRA successes:
2002, 2004, 2005 Group 10 Endurance Champion
2007, 2001 Group 5 Endurance Champion
2004, 2012 SVRA Sprint Champion
2011 SVRA Endurance Champion
2007 SVRA Amateur Mechanic of the Year (co-winner)