“I am so proud of the amazing talent we have been able to assemble for the Pro-Am this year,” said Tony Parella, SVRA President and CEO. “These drivers are all very accessible in the more relaxed atmosphere of the Brickyard Invitational and they look forward to greeting fans.”

The Pro-Am is a 40-minute competition of American muscle cars on the Speedway’s 2.43-mile Grand Prix road course. All drivers will be in 1963 to 1972 vintage Corvettes, Camaros and Mustangs of the “Group 6” SVRA class. Professionals in the Pro-Am will be paired with amateur drivers, splitting stints at the wheel at their discretion.

While Indianapolis 500 fans may best remember John Martin as a five-time starter in the Greatest Spectacle in Racing – easily the crown jewel of oval track events – he boasts outstanding credentials in road race competition. Martin launched his career in sports car racing. An excellent mechanic he converted his 1963 Corvette Sting Ray into an A-Production race car and went SCCA racing. He was national champion in 1964 and went professional in 1966. He drove an AMC Javelin in the classic days of Trans Am and tackled the Indianapolis 500 in 1972.

Bagley is another driver who accomplished much with limited resources. A three-time Indianapolis 500 starter, he was Indy car rookie-of-the-year in 1978. He competed in 42 Indy car races with top four finishes on three occasions and placing in the top ten 23 times during a period when some of the greatest legends in history were at the zenith of their careers.

Roe qualified for the Indianapolis 500 twice in 1997 and 1998. From 1997 through 2002 he started in 16 Indy car races, fielding his own car at Las Vegas in 1997. Prior to Indy car he competed in Formula Atlantic and Indy Lights races. He also raced in the Infiniti Pro series for two years following his appearances in the Indianapolis 500. Early in his career he raced Formula Super Vee.

Firestone is a five-time starter of the Indianapolis 500 with a top-ten finish in 1981. He was rookie-of-the-year for the Indy car series in 1980, finishing in the top five twice. On his way up the ladder he competed in the American Super Vee series, USAC Gold Crown and was 1979 USAC Mini-Indy series champion.

The Brickyard Invitational offers a festival of racing activities. As in previous years the SVRA will present exhibition runs on the storied 2.5-mile oval by a wide variety of cars including several of the crowd-favorite 1950’s Indianapolis 500 “roadsters.” The 2016 weekend not only promises a huge gathering of hundreds of racecars but also some of the finest collector cars. Motostalgia, with offices in Austin, Texas, Mexico City and Monaco will stage an auction of select automobiles from around the world. The Brickyard Invitational will also expand out onto the world-famous infield IMS golf course with car corrals for organizations and clubs united by special marques and vintages as well as its “Shine and Show” car show. Saturday evening entertainment will include a concert by the legendary rock band, “Three Dog Night,” capped off by a trademark SVRA mega-fireworks show.

The SVRA has 11 groups of racecars spanning 100 years of vintage machines. The array of entries at IMS will include select pre-war racers, classic sports cars, Formula One and Le Mans prototypes as current as 2011. All will compete in three days of racing on the Speedway’s Grand Prix road course. Race fans can enjoy every minute of the action with overnight camping inside IMS. Pro-Am cars and drivers will also participate in a Fan Walk through the starting grid prior to the opening ceremonies allowing spectators to see the cars up close, take photos and chat with the drivers. All entry fees will be donated to the Indianapolis Motor Speedway Museum Foundation and the Hagerty Education Program. 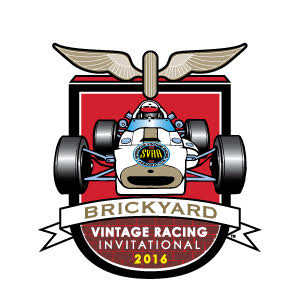