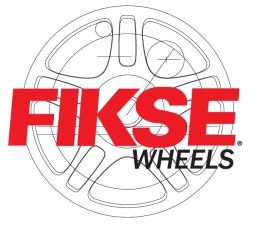 “This is an exclusive agreement with an exceptional company that delivers the highest quality premium wheel product,” said Tony Parella, SVRA president and CEO. “We work hard to identify brands that are a perfect fit in our paddock. There is no better wheel company to take such a high profile and meet the discerning requirements of SVRA members and our race fans.”

A prestigious feature of the agreement is that a set of Fikse Wheels will be provided to SVRA for their top prize to recognize competitors at their annual awards banquet. Fikse also has the right to high visibility in the SVRA paddock with vendor displays and a VIP hospitality center.

Brant Gladstone, who acquired Fikse Wheels just last October, has amped up the passion in a company already steeped in commitment to quality. Gladstone’s life experience as the survivor of a massive street accident that left him with a broken body fuels his energy to produce the highest performance – and the safest – wheels in the industry. In 2001 he became the victim of a semi truck driver’s mistake in running a red light on a rainy day. Gladstone, driving his Porsche at about 50 mph, couldn’t get his car to stop in time. He slid under the trailer to suffer a broken neck and back, as well as serious fractures to his skull, face, and legs. His survival was touch-and-go initially, and he was forced to spend some 14 years in physiotherapy to learn to walk again.

“Fikse Wheels is the Rolex brand of our industry,” said Gladstone, company owner and managing director. “Even though I am only at about 85 percent of where I once was physically, the accident was probably the best thing that ever happened to me. It gave me an intense sense of purpose in my life journey. We are determined to build on the outstanding quality I found in Fikse Wheels when I bought the company and take that to new levels in terms of performance. Not only do we deliver wheels that improve acceleration and handling, but also the very important safety aspect of braking. Motorsports is our passion, and the knowledge we gain there translates directly into our high-performance street wheels. This new partnership with SVRA extends our brand to meet the high standards the car owners and drivers of vintage racing insist on for performance and visual appeal.”

The Fikse Wheels announcement extends a string of SVRA sponsorship agreements over the past year. Other top-brand partners to extend their contracts or join the list of investors include Jaguar, Land Rover, Merrill Lynch, NetJets, Sunoco, and Mazda.

SVRA’s success in attracting sponsors is a cornerstone to the company’s impressive momentum. Company officials report consistent annual triple-digit growth since 2012. SVRA has expanded from a regional series largely concentrated in the southeastern United States to one that spans the continent at America’s top race courses such as Indianapolis Motor Speedway, COTA, Watkins Glen, Sebring, and Road America.