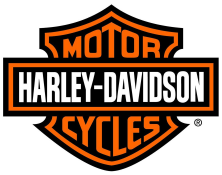 The Sportscar Vintage Racing Association (SVRA) and Harley-Davidson announced today that the iconic motorcycle manufacturer is now the Official Motorcycle of the SVRA.

“I own and ride Harley-Davidsons and I am thrilled to have the SVRA in partnership with such a culturally rich and powerful brand,” said Tony Parella, SVRA president and CEO. “Their culture is a perfect fit with the experience-focused, immersive environment we have built as the premier vintage racing series in America. It’s about lifestyle. I can tell you many of our members own Harley-Davidsons.”

The announcement comes as the SVRA expands its motorsports festival weekend formula into the realm of vintage motorcycles. Vintage two-wheel racing first appeared at the Amelia Island Gran Prix in 2016 and will join the wide variety of activities at the June 16-18 Brickyard Invitational at the Indianapolis Motor Speedway. The Brickyard Invitational motorsports festival will also feature the inaugural appearance of the professional Trans Am series at the historic track as well as the fourth running of the “Indy Legends” Pro-Am with a full field of Indy 500 veterans including four-time winner Al Unser, Sr.

Harley-Davidson will lead a large motorcycle presence at the Brickyard Invitational with an “arrive and ride” experience of its latest models for licensed fans to take for a ride. The company will also infuse the area with its rich motorcycle culture through displays, images, and other features to be announced later. The SVRA is organizing a team of national and local thought leaders from across the two-wheel community to present a Celebration of Motorcycles including a collector motorcycle show, biker corrals and an homage to the Speedway’s very first motorized competition – the motorcycle race meet of August 14, 1909.

The full program for the Harley-Davidson experience at SVRA events is being defined but expect to see the company at several more of the vintage racing festival weekends beyond the Brickyard Invitational. The elements are likely to include additional “arrive and ride” experiences for fans as well as organized bike corrals, motorcycle shows, paddock displays and event ticket discount offers.

SVRA officials report consistent annual triple-digit growth since 2012. The sport has rapidly grown from a regional activity largely concentrated in the southeastern United States to one that spans the continent at most of America’s top race courses. Just since the beginning of the year it has expanded its schedule to include its first hill climb near the legendary “Tail of the Dragon” roadway in Western North Carolina as well as an exciting new oval track format for its two-weekend extravaganza at the Indianapolis Motor Speedway.