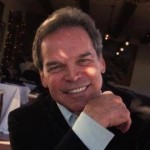 Longtime SVRA member and competitor, John Muller, passed away suddenly at his home in California on Wednesday, November 5th.

Muller was a graduate of the Kansas City Art Institute and with his wife, Kathy, founded the award winning advertising and design agency, Muller + Company, in that city Throughout his career John created many successful campaigns for local and national clients, as well as exhibiting his work at graphic art shows throughout the world.

After retiring in 2007, John and Kathy divided their time between their homes in Scottsdale, AZ and Los Angeles, CA. He directed his creative energies toward creating fine art and opened his gallery M80ART in Scottsdale for the display and sale of his works.

Within the Sportscar Vintage Racing Association, Muller was known as a fierce competitor in his many immaculately prepared and historically significant automobiles. He was well respected and admired by his peers within the organization and accordingly was named as its Driver of the Year in 1994. John was also responsible for creating the distinctive SVRA roundel logo.

He is survived by his wife of 44 years, Kathleen; son, John; brothers, Naul, Patrick, James and Michael as well as numerous nieces and nephews.

A memorial service was held on November 12th on the campus of the Kansas City Art Institute. A scholarship fund has been established in Muller’s memory at the institution and anyone wishing to contribute to John D. Muller Scholarship Fund may call 816-802 3468 or email advancement@kcai.edu for details on the donation procedure.