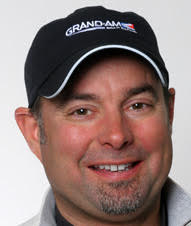 “Davy, Max and Geoff are top-level champions, really amazing talents,” said SVRA President and CEO Tony Parella. “The accomplishments of the drivers racing with us this year make me feel like we are pulling together another International Race of Champions (IROC) field. It’s that good.”

The Pro-Am feature is a 40-minute race of American muscle cars on the Speedway’s 2.43-mile Grand Prix road course on Saturday, June 18. The cars are 1963 to 1972 vintage Corvettes, Camaros and Mustangs of the “Group 6” SVRA class. Jones, Brabham and Papis join an entry list that is already loaded with talent including the Unser cousins, Al Jr., Robby and Johnny as well another famous family represented by Larry Foyt and AJ Foyt IV. Paul Tracy, the 2003 Champ Car champion is entered for the first time and a special “Garage 34” promoter’s option entry for NASCAR champions Bill Elliott and Ray Evernham, who will share a car, has been filed as well. Today’s entries bring the field count to 20 and SVRA officials expect 33 Indy 500 veterans will compete in the contest. As in the previous two years, the professionals will be paired with amateur drivers, splitting stints at the wheel at their discretion.

Brabham is a 10-time starter in the Indianapolis 500, with a best finish of fourth in 1983. He was active in the Indy car series during the 1980’s recording eight podium finishes and 31 top tens. Brabham was a master of sports car racing and the star driver of the dominant Nissan team that won four successive IMSA GTP championships from 1988 through 1991. During this time he scored an amazing 23 overall victories. He also won the 24 Hours of Le Mans, the 12 Hours of Sebring and the 1981 Can-Am series championship. Geoff’s outstanding career earned him six invitations to compete in the elite IROC series. He began racing Formula Fords in Australia in 1973 and won the 1975 Australian Formula 2 championship and the 1979 Formula Super Vee championship before reaching the top levels of the sport.

The massively versatile Papis has driven in virtually every major series this side of drag racing. This includes Formula One, NASCAR, Indy car racing, Le Mans as well as V8 Supercars and IROC. He competed in two Indianapolis 500s for 1998 race winner Eddie Cheever and won three Championship Auto Racing Teams (CART) races for Bobby Rahal’s team. In NASCAR he raced Sprint Cup, the Nationwide Series and the Camping World Truck Series. He competed in seven 24 Hours of Le Mans contests, scoring a class podium in five of those events along with top-10 overall finishes on four occasions. Papis also won two 24 Hours of Daytona races and started in more NASCAR contests than any European driver in history.

Chicago-born Davy Jones first gained notice when he placed third in the 1983 British Formula 3 championship behind Ayrton Senna. Bernie Eccelstone tested him for a Brabham Formula 1 seat the same year. Jones later competed in the New Zealand Formula Atlantic series, winning that country’s grand prix in 1984 and ’87. In 1986 he scored BMW McLaren’s only IMSA GTP victory at Watkins Glen. A top-tier sports car driver, he brought home the overall win in both the 1996 24 Hours of Le Mans and the 1990 24 Hours of Daytona. In an Indy car career spanning nine seasons, including six Indianapolis 500s, his best finish came at the Greatest Spectacle in Racing in 1996 when he was second. He placed seventh there in 1989.

While the SVRA Pro-Am is the crowning event of the Brickyard Invitational, there is also a festival of other activities. As in previous years the SVRA will present exhibition runs on the storied 2.5-mile oval by a wide variety of cars including several of the crowd-favorite 1950’s Indianapolis 500 “roadsters.” The 2016 weekend not only promises a huge gathering of race cars but also some of the finest collector cars. Motostalgia, with offices in Austin, Texas, Mexico City and Monaco will stage an auction of select automobiles from around the world. The Brickyard Invitational will also expand out onto the world-famous infield IMS golf course with car corrals for organizations and clubs united by special marques and vintages as well as its “Shine and Show” car show. Saturday evening entertainment will include a concert by the legendary rock band, “Three Dog Night,” capped off by a trademark SVRA mega-fireworks show.