The Sportscar Vintage Racing Association (SVRA) today announced that Paul Tracy, one of the major talents of the modern era of Indy car racing, will return to competition at the Indianapolis Motor Speedway for the “Indy Legends” Charity Pro-Am during the Brickyard Invitational, June 16-19. Tracy is a seven-time starter in the Indianapolis 500 with a best finish of second in 2002 in a controversial result that still has bench-racers debating the outcome. 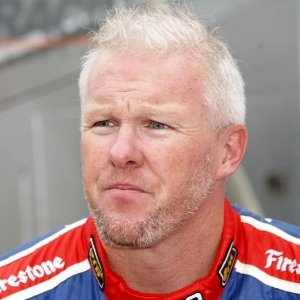 “Paul Tracy is indisputably one of the all-time greats of American open wheel auto racing,” said SVRA President and CEO Tony Parella. “Our Indy Legends Charity Pro-Am field has always been loaded with talent and with additions like Paul we are taking it to a new level in 2016. Clearly our strategy of finding a date that does not conflict with the Indy car series has opened us up to a new pool of drivers and Paul is a great example.”

The Pro-Am feature Tracy will compete in for the first time is a 40-minute race of American muscle cars on the Speedway’s 2.43-mile Grand Prix road course on Saturday, June 18. The cars are 1963 to 1972 vintage Corvettes, Camaros and Mustangs of the “Group 6” SVRA class. In addition to Tracy early entries have included the Unser cousins, Al Jr., Robby and Johnny as well as Larry Foyt and AJ Foyt IV and a special “Garage 34” promoter’s option for NASCAR champions Bill Elliott and Ray Evernham who will share a car. As in the previous two years, the professionals will be paired with amateur drivers, splitting stints at the wheel at their discretion.

Tracy, a 2014 inductee into the Canadian Motorsports Hall of Fame, began his career as a teenager, racing karts in his home country of Canada. Quickly recognized as a tremendous talent he moved up to Canadian Formula Ford and became champion of that series in his first year at just age 16. The following year he earned the distinction of making Can-Am history not only becoming its youngest race winner but the last driver to ever win in the series as it shut down in 1986. From 1988 through 1990 he competed against the top rising American open wheel talent of the day in the American Racing Series, the equivalent of Indy Lights today. He dominated that championship in 1990 with nine wins.

From that point Tracy launched into a 20-year career at the top level of North American open wheel racing. During that time he amassed an amazing 31 race wins and a 2003 series championship while driving for some of the premiere teams in the sport, including Penske Racing, Newman-Haas, Team Kool Green, Forsythe and A.J. Foyt. In 2006, 2007 and 2012 Tracy drove in several Grand-Am sports car races including the 24 Hours of Daytona in each of those years.

“I’m thrilled to be joining the SVRA Pro-Am event at IMS this year. Despite a few disappointments at the Indy 500, the Speedway has always been a special place in my heart and of course motorsports. I really look forward to driving across the yard of bricks once again,” said Tracy, a former IndyCar Champion. “Tony has put together a marquee event in vintage sports car racing, and I look forward to being a part of this for years to come.”

While the SVRA Pro-Am Tracy will compete in is the crowning event of the Brickyard Invitational, there is also a festival of other activities. As in previous years the SVRA will present exhibition runs on the storied 2.5-mile oval by a wide variety of cars including several of the crowd-favorite 1950’s Indianapolis 500 “roadsters.” The 2016 weekend not only promises a huge gathering of race cars but also some of the finest collector cars. Motostalgia, with offices in Austin, Texas, Mexico City and Monaco will stage an auction of select automobiles from around the world. The Brickyard Invitational will also expand out onto the world-famous infield IMS golf course with car corrals for organizations and clubs united by special marques and vintages as well as its “Shine and Show” car show. Saturday evening entertainment will include a concert by the legendary rock band, “Three Dog Night,” capped off by a trademark SVRA mega-fireworks show.