The Sportscar Vintage Racing Association (SVRA) today announced that four short track stars will again join a host of road racers to compete at the Indianapolis Motor Speedway during the Brickyard Invitational, June 16-19. Davey Hamilton, Johnny Parsons Jr., Jimmy Kite and Donnie Beechler – all veterans of the Indianapolis 500 – will once again be on the gird at the Brickyard for the feature event of the SVRA weekend – the “Indy Legends” Charity Pro-Am.

Parsons, the son of 1950 Indianapolis 500 winner Johnnie Parsons, earned great success in his own right with 12 Indianapolis 500 starts and best finishes of fifth in 1977 and 1985. He is a highly decorated sprint and midget driver and was voted into the National Midget Auto Racing Hall of Fame in 1994. This will be his third consecutive Brickyard Invitational.

Hamilton, renowned for his mastery of super-modified racing, competed in 11 Indianapolis 500s with three top-10 finishes including a fourth place. He finished in the runner-up spot twice in the Indy car season championship and in 2014 raced in Robby Gordon’s Stadium Super Truck Series. Hamilton is a leader both on and off the track. He was founder of the “King of the Wing” sprint car series and has been active as an Indy car owner.

A five-time starter in the Indianapolis 500, Kite first qualified for the big show in 1998. He made his name driving midgets and sprint cars and really got the attention of the motorsports world in 1997 by winning one of short track racing’s biggest trophies – the USAC Silver Crown Copper World Classic. In addition to his 34 starts in Indy car competition Kite has also ventured into ARCA stock car and NASCAR truck racing. 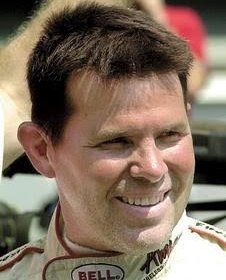 Beechler is a four-time starter in the Indianapolis 500 and drove for the great A.J. Foyt in his final appearance in the race. He had 36 career starts in Indy car races, finishing on the podium twice. Beechler is a long-time midget and sprint car driver competing in the USAC Silver Crown series and at prestigious events such as the Chili Bowl midget car classic. Like Hamilton and Kite, he will be making his second SVRA “Indy Legends” Pro-Am start. Beechler was inducted into the Springfield, Illinois Sports Hall of Fame on April 11.

The Pro-Am feature is a 40-minute competition of American muscle cars on the Speedway’s 2.43-mile Grand Prix road course on Saturday, June 18. The cars are 1963 to 1972 vintage Corvettes, Camaros and Mustangs of the “Group 6” SVRA class. The addition of today’s four drivers brings this year’s entry list to ten with the promise of many more on the way. Among the drivers already on board are Al Unser Jr. and his cousins Johnny and Robby as well as a promoter’s option entry called “Garage 34” with NASCAR stars Bill Elliott and his former crew chief Ray Evernham sharing a car. Professionals will be paired with amateur drivers, splitting stints at the wheel at their discretion. SVRA officials expect to attract 33 Indianapolis 500 veterans as they did last year.

While the Pro-Am is the crowning event of the Brickyard Invitational, there is also a festival of other activities. As in previous years the SVRA will present exhibition runs on the storied 2.5-mile oval by a wide variety of cars including several of the crowd-favorite 1950’s Indianapolis 500 “roadsters.” The 2016 weekend not only promises a huge gathering of race cars but also some of the finest collector cars. Motostalgia, with offices in Austin, Texas, Mexico City and Monaco will stage an auction of select automobiles from around the world. The Brickyard Invitational will also expand out onto the world-famous infield IMS golf course with car corrals for organizations and clubs united by special marques and vintages as well as its “Shine and Show” car show. Saturday evening entertainment will include a concert by the legendary rock band, “Three Dog Night,” capped off by a trademark SVRA mega-fireworks show.