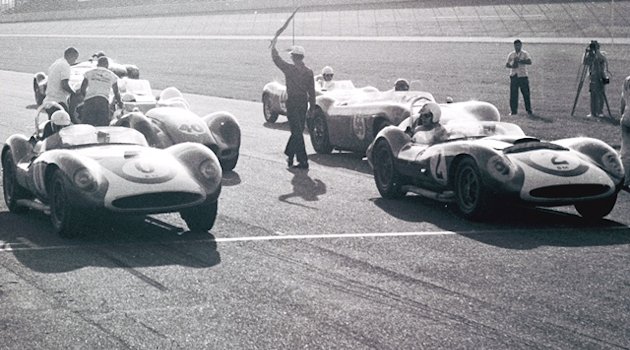 Previous announcements noted the SVRA date was tentative pending Federal Aviation Administration (FAA) approval because the racers will use Fernandina Beach Municipal Airport to create a 2.4-mile road course. One of the runways will remain open to accommodate vintage aircraft as part of the show. The addition of motorcycle racing to the program will be the SVRA’s foray into the realm of vintage bike competition. The SVRA secured the Fernandina City Council and Airport’s approvals to put on the racing event this past May.

Bill Warner, founder and chairman of The Amelia Island Concours d’ Elegance and Foundation, has extended a warm welcome to the SVRA to join his world famous automobile spectacular on the Florida island during March. Warner, a racing enthusiast, has raced with SVRA since it was founded in 1981.

“Tony Parella (CEO of SVRA) runs a superb organization and brings to Amelia Island a world class racing event,” said Warner. “It will be a perfect addition to March on Amelia Island.”

The enhanced automotive celebration will mark a return to racing on the Fernandina Airport course. Sports cars raced there briefly in the 1960’s and in homage to that fact Parella plans to focus the invitation-only SVRA Amelia Island Vintage Gran Prix on groups of racecars from pre-war and the decades ranging from the 1950’s to about 1980. These eras pre-date the heavy influence of aero technology and ground effects.

“It makes a significant impression when you see and hear these cars run on the track. A 1929 Alfa Romeo or Miller or a 1958 Ferrari Testa Rossa at speed can be as impressive as a 1970 Porsche 917,” said Steve Earle, pioneering event organizer and creator of the respected Monterey Historic races. “Seeing these racing cars in motion leads to a better understanding of the stories told and skills of the men and women who actually raced them in period.” 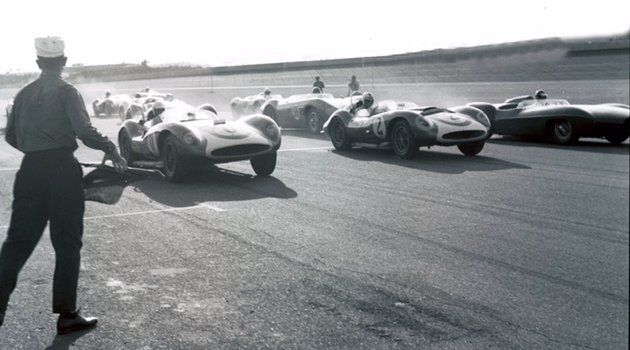 The Amelia Island Vintage Gran Prix will introduce the SVRA’s Gold Medallion Program, which Earle helped develop, on the East Coast. The Gold Medallion Program supports the efforts of owners of racing cars with significant history, whose cars are restored and prepared to the specifications of their original era. Special run groups will be presented featured such machines.

“If people can escape winter weather for an entire week and enjoy both events it will be amazing,” Parella said. “We will go beyond the finest vintage racecars to include historic aircraft and motorcycles as well. These will be firsts for SVRA and I am really looking forward to it. It is an absolute honor to launch our Amelia Island Vintage Gran Prix within a week of the prestigious Amelia Island Concours d’ Elegance.”

Part of Parella’s vision is to stage the SVRA races with the trappings of classic mid-twentieth century sports car racing, hay bales and all. Officials are expected to dress in period apparel.