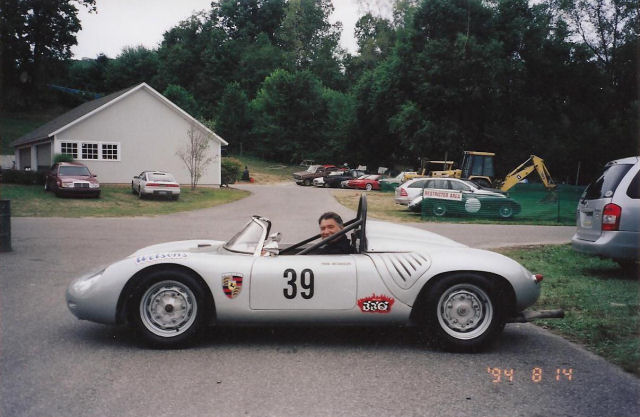 Started racing in 1959, his first race in an Ace Bristol at Lime Rock with the Renegade Racing Club, won in the rain, on Michelin rain tires. Continued racing though the early 1960’s in various Spyder 500 Porsches.

Herb then moved to faster Porsches, 904’s and 906’s competed in the Bridge Hampton Double 500, the Watkins Gen 500, and the east coast USRRC series, all in Porsches. Herb was invited to the ARRC race of champions at Riverside, CA in 1963.

Herb says “I still love it!”